Last Saturday the Canoas Bulls played in the semifinal of the Copa Sul 2018 at our home stadium.  It was great to be able to see the fans who showed up and also see our players arriving ready to play and play well. 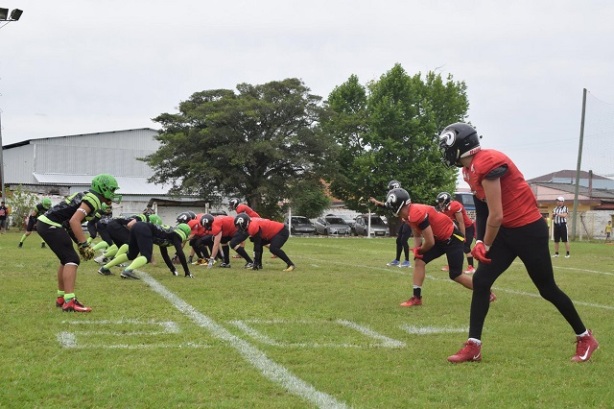 Lining up early in the game (Photo credit: Obertime)

The game started off with us dominating on both defense and offense.  We were able to stop them consistently on defense the entire game.  I don’t think that there was ever one time that I felt that they were even a threat to score the entire game due to our good defense that we played. 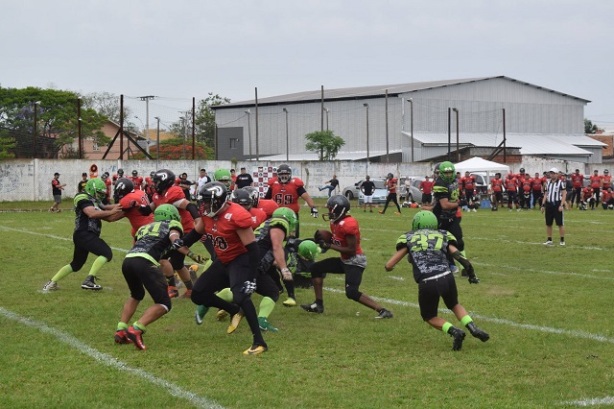 The offense had a similarly good day.  We were able to both run and pass almost at will the entire game.  The offense was able to drive down the field the first two drives for touchdowns.  They were unstoppable until they became a little arrogant and we started loosing some battles. 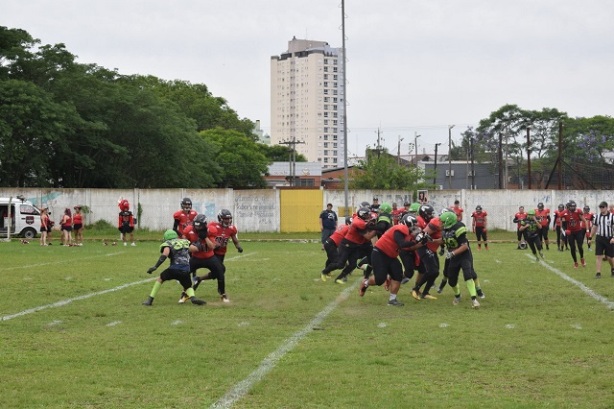 It was a very proud time for me to watch the offensive line play well.  When the line plays as it should they are able to win a majority of the individual battles during the game.  The line has come a very long way over the past year and it is exciting to see them growing. 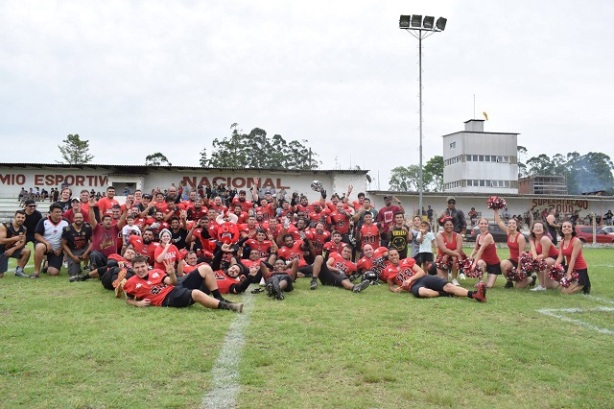 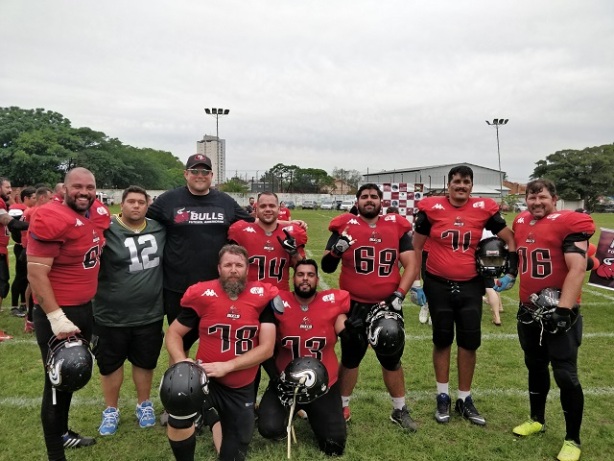